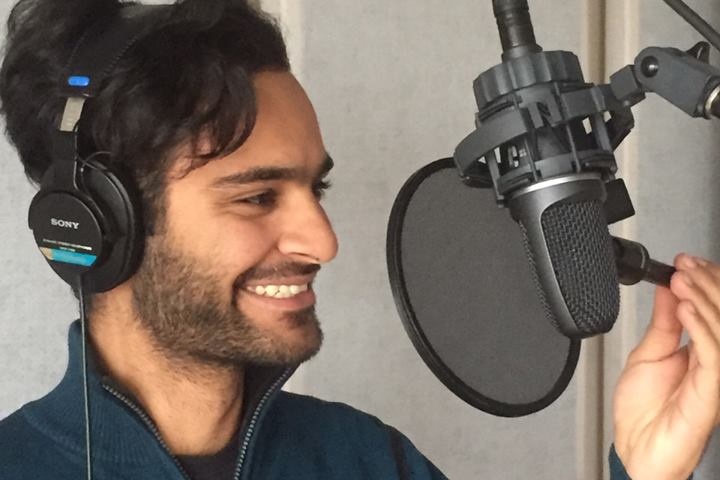 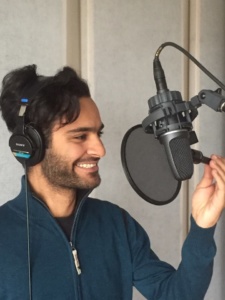 My name is Ahmed Shihab Hammood, I am from Iraq. I lived in western Iraq, on the borders with Syria.
My story started at the end of 2013, in December, when the Iraqi military entered my city of Al Ramadi [capital of Al Anbar territory].
People from that area were against the government, so they gathered and formed a protest which lasted for a year, and that was the reason that made the military start an operation in my city. When the military came in, the soldiers were bombing randomly, A lot of innocent people were killed, so a lot of rebels gathered to fight back. We stayed for around 2 weeks eating basic food, but we weren’t safe so we decided to leave the city to Baghdad, just few days before ISIS came into my city.
The road to Baghdad usually takes one hour, but at that time it took around six hours to get to the capital, because the usual road wasn’t safe to take. We stayed in Baghdad for two weeks and during that time, the authorities came to us asking for our IDs and looking in our suitcases at least twice, so we left to Basrah. We stayed in Basrah for around nine months, but it wasn’t so different than Baghdad; there were many militants on the streets, many people were racist to us, to my brother and sister, in the area were we stayed, so we left back to Baghdad. We stayed in Baghdad for around a year.
During that year, we got a call from a number which wasn’t Iraqi, and when we answered, we didn’t recognise the person until he told us who he was our relative. He and my family weren’t in contact for years, he said he left Iraq a long time ago and that he has now been in Sweden for eight years and was still there. We told him what was happening with us, so he asked us why not just leave Iraq immediately, We said we didn’t know where to go and that we are scared of taking the boat to Greece, so he suggested that he could buy us fake passports to fly from Iraq directly to Stockholm and seek asylum there. We agreed to that and sold our property really quickly and for a really small amount of money, and sent forty six thousand dollars to him to buy us those passports. We were scared and we just wanted to leave Iraq and find a safe place for us.. After he got the money, he told us to go to Turkey and after that we never heard from him. We tried to call him many times, but he blocked us.
We had to act fast, so we borrowed money on benefits and took the boat and headed to Greece. We arrived at the island Lesvose. We were happy and we thought that the nightmare was over, but actually it was just the beginning of a worse situation. We thought that the boat was going to be the most difficult, frightening thing that we were going to face, however it was the easiest thing compared to staying in Greece for around seven months, living in a tent, cold and wet in March, hot and dry in June, because the borders were closed. But luckily we were registered in the relocation program during that time and finally taken to Slovenia. I arrived to Slovenia on the tenth of august last year, we got our fingerprints taken in the asylum house in Vič Ljubljana, got our interviews and were taken to the asylum house in Logatec.
We waited for an answer for our application for few weeks and finally got our refugee status in November 4th. Now I hear people saying to me that I am safe, have an accommodation, live with my family in safety, and should forget about the past, However, I get depressed and anxious and feel really scared every time I remember our trip to Europe.
My questions are and always will be, will I ever feel normal again? Will this whole thing that happened to me hit me hard in my thoughts? Will I ever stop having nightmares about it?!